“And the times of this ignorance God winked at; but now commandeth all men every where to [REPENT]: Because he hath [APPOINTED A DAY], in the which he will judge the world in [RIGHTEOUSNESS] by that man whom he hath ordained; [WHEREOF HE HATH GIVEN ASSURANCE UNTO ALL MEN, IN THAT HE HATH RAISED HIM FROM THE DEAD]” (Acts 17:30-31).

“[THE LORD IS NOT SLACK CONCERNING HIS PROMISE], as some men count slackness; [BUT IS LONGSUFFERING TO US-WARD, NOT WILLING THAT ANY SHOULD PERISH], but that all should come to [REPENTANCE]” (2 Peter 3:9).

“For the [PREACHING OF THE CROSS] is to them that perish foolishness; but unto us which are saved it is the [POWER OF GOD]” (1 Corinthians 1:18-19).

JESUS, THE ONLY BEGOTTEN SON OF GOD says: “The time is fulfilled, and the kingdom of God is at hand: [REPENT] ye, and believe the gospel” (Mark 1:15).

“Heaven and earth shall pass away, but my words shall not pass away” (Matthew 24:35).

“Nevertheless we, according to his promise, [LOOK FOR NEW HEAVENS AND A NEW EARTH], wherein dwelleth [RIGHTEOUSNESS].

Wherefore, beloved, [SEEING THAT YE LOOK FOR SUCH THINGS], be diligent that ye may
be found of him in peace, without spot, and blameless” (2 Peter 3:13-14).

“Take heed, brethren, lest there be in any of you an evil heart of unbelief, in departing from the living God. But exhort one another [DAILY], while it is called To day; lest any of you be hardened through the deceitfulness of sin. For we are made partakers of Christ, if we hold the beginning of our confidence stedfast [UNTO THE END]” (Hebrews 3:12-14).

“The grace of our Lord Jesus Christ be with you all. Amen” (Philippians 4:23). 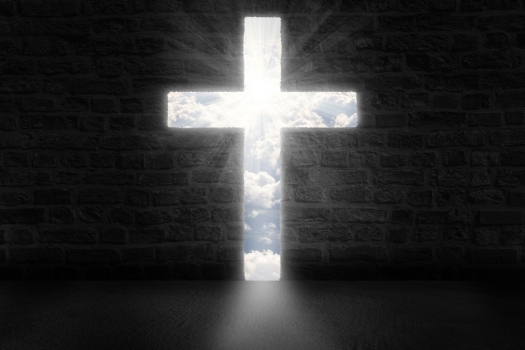